In December 2017 we were in Indonesia for the second stage of our ESRC/AHRC funded PaCCS (Partnership for Conflict, Crime and Security) research project on “The Maritime Dimension of Transnational Organised Crime”. After our initial round of creative inception workshops earlier in 2017 with fishing community leaders from different Indonesian islands and with law enforcement organizations in Jakarta (sea police, ministry of marine affairs and fisheries, migration office etc.) to 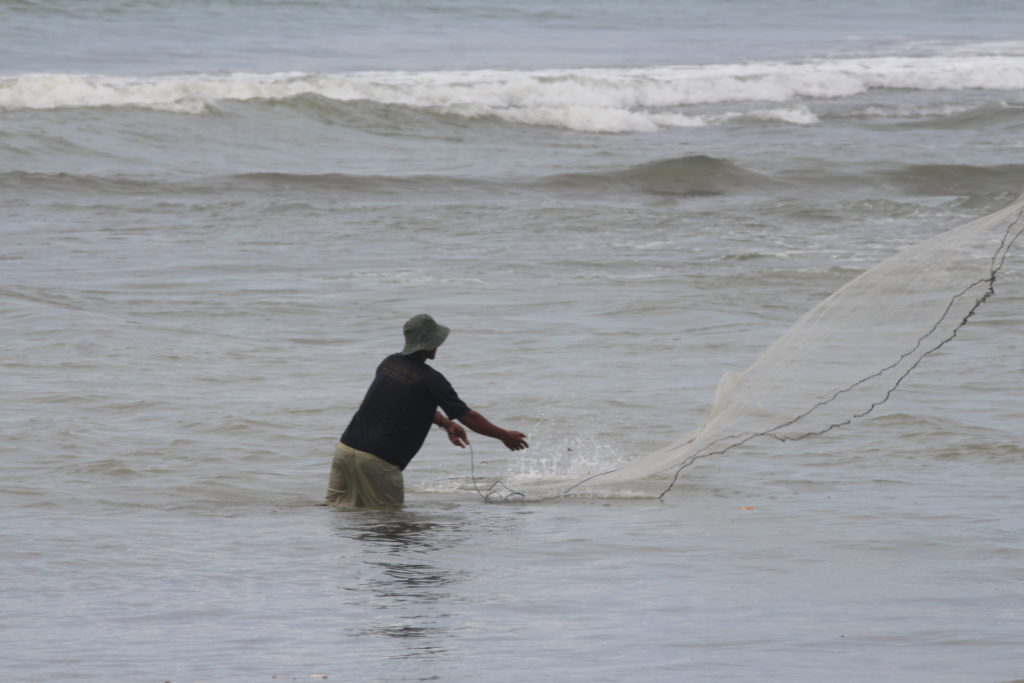 provide direction for the research, this second stage saw the researchers (Juliette Koning, OBBS), Math Noortmann , Coventry University and researchers from Universitas Indonesia and the International Organization for Migration Indonesia) travel to the various locations in Indonesia to discuss in moredetail the main issues from phase one.

The second fieldwork phase included creative collage-making in each of the fishing communities and follow-up interviews with each of the law enforcement agencies so as to create space for them to be more outspoken about their own role and that of other law enforcers.

The researchers also did ad hoc conversations in each of the fishing communities and nearby harbours. 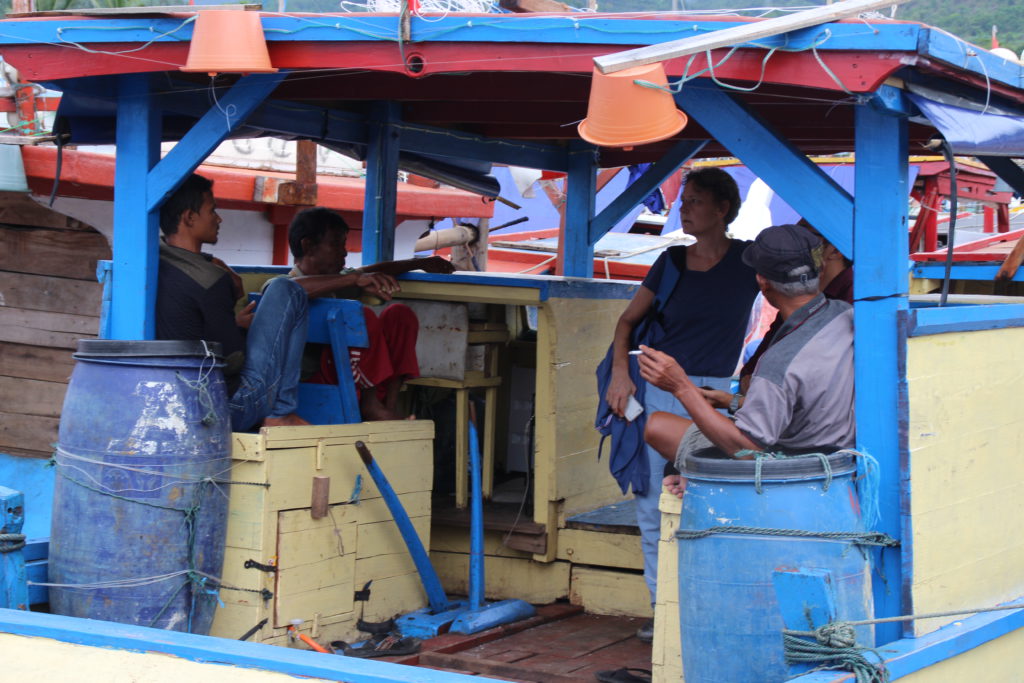 The research outcomes (still to be closely analysed) hint at:

The research uses what we refer to as collage-making which worked out quite well in most cases offering alternative ways to discuss some of the more sensitive issues at stake. ‘Collage’ is a popular art form which was cultivated by Pablo Picasso and George Braque in the early 20th century. As a visual research methodology however, collage–making is still under-used in the social sciences and humanities. We use it in our project as a creative tool for exploring primary knowledge, opinions and ideas, which would otherwise be tainted by the politics of dialogue and discussion, and the practices of the ‘speech act’. We argue that collage-making offers an egalitarian way of knowledge production. We do so based on the critical understanding that research and research outcomes need to be more inclusive of our research participants’ viewpoints, questions, and voice. We have specifically used the collage-making technique in order to level the playing field in Focus Group discussions and to get participants out of their comfort zone of traditional conversation.

We provided the focus group participants with the means to make a collage. Scissors, glue, magazines, sticky notes and different markers offered the possibility of creative visual expression.

The creative outcomes were the products of both preconceived ideas as well as new, innovative understandings which were triggered by the images that the participants saw while flipping through the magazines. The images that were chosen to become part of the collage were integrated in different manners reflecting the multiple ways of picturing maritime crimes and security.

We then invited the individual participants to explain their collages, which resulted in different verbal expressions. In the ensuing discussions, questions were asked on the basis of the collages rather than the verbal explanations. While the explanations provide us with the traditional tool of transcribed language, the collages provide us with a new and innovative visual method to analyse and interpret the opinions and the ‘voices’ of a range of participating stakeholders.