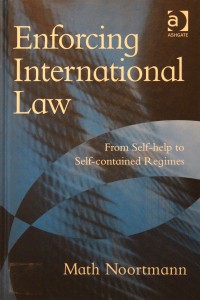 I have worked in many different academic and non-academic environments. I started my academic career as an junior lecturer in 1988, when I was 30. Before that I worked as a construction worker and bartender. I got a basic degree in small business bookkeeping and hospitality management  in 1979. Instead of starting my own pub, I decided to get my college degree and to go law school instead.  After I finished my PhD study in 1994,  I started two jobs: one at the Agricultural University of Wageningen as Assistant professor in European Law and one with Milieukontakt Oost Europa as Project manager for their Romania project. For four years, I learned the trade of teaching, researching, publishing, managing and fund-raising. But more importantly, I developed the basis of the roadmap for my academic career; the mixing of social sciences and law, and the interest in non-state actors.

That brought me in  1998 to become Associate professor in the Political Science Department of the University of Amsterdam. Two years later I accepted an invitation from the  Erasmus School of Law in Rotterdam to take up a position as Associate Professor in International Law. I stayed for 8 years, fully concentrating on international law, before I made a switch to the interdisciplinary Institute  for Peace and Humanitarian Law of the Ruhr-University Bochum. The year before, I had used my sabbatical to do an MSc in Political Science and get educated in International Relations properly. I could now present my self as truly interdisciplinary, which served me well when I applied to Oxford Brookes University which in 2010 advertised a professorship that sat within both the law department and the social science department. Definitely my cup of tea (as the English would say). For the first time I was able to combine the two fields that I considered to be impossible to separate if one wanted to understand the workings of international affairs, and I could do so as a Professor in International law and International Relations.

At Oxford Brookes, I realised that my position, was conceived as a multi-disciplinary one, rather then a inter- or even trans-disciplinary one. I had to move on … beyond that artificial divide between law and politics, and the concept of internationalism.

At The Centre for Trust, Peace, and Social Relations (CTPSR) of Coventry University, I could fully concentrate on Transnational Law and Non-State Actors as a research professor. At CTPSR the state is no longer dominant in my research. Instead I look at communities and organisations below and above the state.

In all of these positions, I have had different tasks and responsibilities. The following are perhaps most significant:

Oh ….  and research of course!