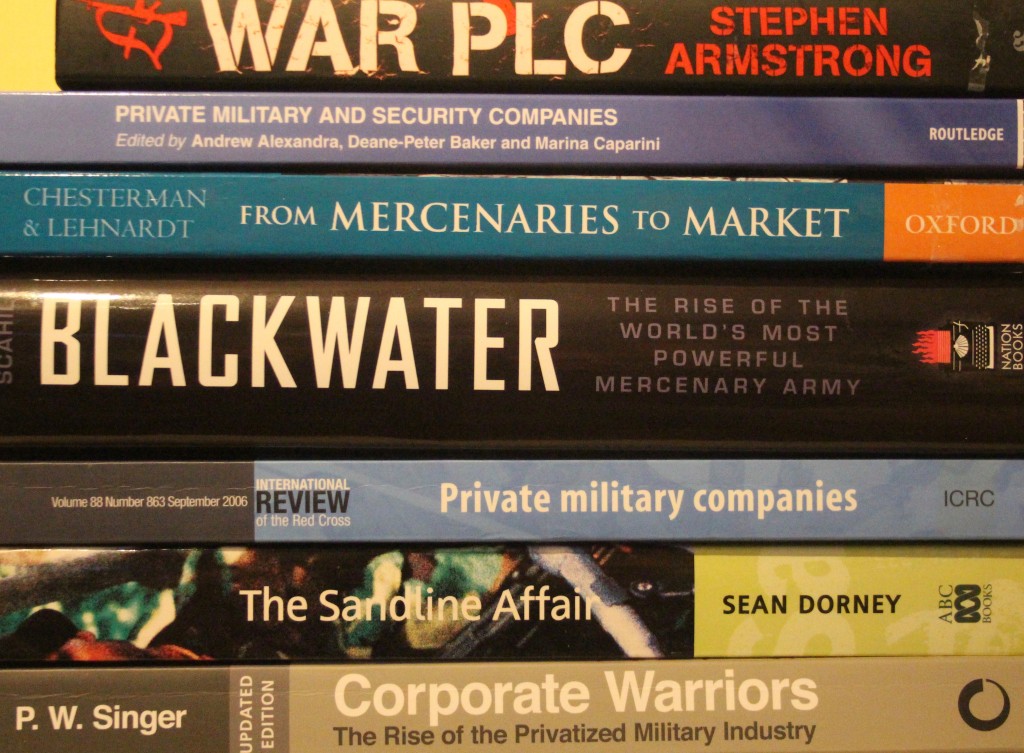 With that growth and their involvement in transnational conflict, and international security, the sector has triggered a stigmatizing discourse.

The question is whether both private security and private military companies have a role to play in the governance of an increasingly complexe transnational security environment?  I tend to answer that question in the affirmative, considering the increase in violent atrocities. Humanitarian convoys and compounds, schools and hospitals, villages and towns, refugee and IDP camps need adequate protection from skilled and trained professionals.

I have written several publications on the subject, inter alia:

More recently, I started a collaboration with Dr. Juliette Koning of Oxford Brookes University on ‘Organising for Security‘, which concentrates on the private security landscape in South Africa and the United Kingdom. This research project started in March 2016 as a pilot, funded by Coventry University.  Dr.  Koning won an   Research Excellence Award from Oxford Brooks University to continue and extent this research.

The research  addresses interdisciplinary questions rarely combined in one study: the codification and regulation of the sector, the ethics of private security companies, relationships with government (public/private partnerships), and stigmatization faced by the sector. It addresses the broader question concerning the role of the private security industry in the transnational  ‘organizing for security’.