My research interested has always revolved around the concepts of ‘transantional law’ and ‘non-state actors’. Thematically, I focussed on the bipolar reality of conflict and cooperation. Theoretically, I tend to view the word as a reality that is changeable. My publications reflect my broad span of interest. 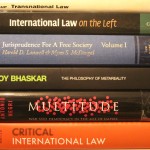 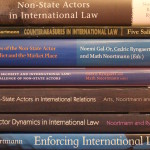 The introduction of ‘non-state actors’ in international legal and political discourse is conceptually problematic.  The term serves many a scholar as a convenient container for everything that is not-a-state. In practice it refers to armed opposition groups and has clear  political overtones. It is readily admitted that non-state actors play a nolens-volens role in the shaping of international rules and policies, but it is equally readily admitted that they are not part of the international system. De states are the masters of that universe; governments and intergovernmental organisations their executioners. But that universe is changing notwithstanding fierce resistance of  internationalism.

Violence is generally outlawed, but not (yet) debarred from society. Violence exists in spite of its prohibition; justified by reasons of state, justice and security, self-defence and self-determination,and  honour. The justification for violence are malleable, and  take many extreme forms, as instances of terrorism and executions demonstrate. Why? What is it that turns a small portion of the world’s population to violence? Can we understand and explain violence beyond psychology or bio-politics? Can we design socio-economic mechanisms to counter violence? Perhaps, but we must first understand the triggering mechanisms before we muddle with the complexity of nurture and nature.

Or should I say ‘political violence’? There is a difference … is there not? Killing indiscriminate v. targeted killing. I know terrorism when I see it; as I know how to distinquish politically motivated assassination from economically motivated murder. How to counter-terrorism? Are terrorist open to dialogue?  Do we truly understand terrorist’s motivations? Their pathways to violence and their path ways from violence. Counter-terrorism measures are required, but the ends do not justify all means. The rule of law applies here too. The Freedom from Fear! the Freedom from Want! the Freedom to Live in Dignity! This trinity of Freedoms constitutes the essence of the idea of human security. Conceptualised by Mahbub Ul-Haq and Amartya Sen in 1994, it reflects the basic idea that security is an essentially human notion, which is at odds with notions of state security. The notion defies the conflict between socio-economic and political human rights, which is so deeply engrained in our human rights documents. The quest for human security revolves around the operationalisation of the idea. Conceived as a holistic concept of 7 different securities, it now centers on human dignity as the grand total of the freedom of fear and want. Human dignity is a basic philosophical, religious and normative concept. As such its able to bridge humanities’ differences. Kofi Anan has “considered the possibility of engaging a private firm”, but concluded that “the world may not be ready to privatise peace”. The stigmatisation and disqualification of PMSCs has blinded us for the role of private contractors in securing the freedom from fear for men, women and children. Violent and political incidents are presented as b
eing the rule in the private security sector by media and academic publications. The anti-privatisation-of-security-bias in scholarship and the righteousness of the NGO sector have prevented an effective public-private security partnership. A partnership that we can close watch, but that is not more or less suspect then the outsourcing of peacekeeping to suspect national armies or regional organisations. Peace requires in some places to give PMSCs the benefit of the doubt.

Critical Realism provides the philosophy of science bridge between positivism and constructivism in the social sciences and humanities. The question whether there is a Real social world behind what we can observe, should be a guiding query for all social science research, whether or not we consider the concept of science appropriate for investigating the world we live in rather then the earth we live on. It is that Social Reality’s triggering mechanisms that causes our observable reality. Once we understand those mechanisms, we are able to effectively deal with the ‘facts’ of the social world. Roy Bashkar has to be read in conjunction with Hardt and Negri. Understanding the Real is one thing, translating that in emancipatory change is quite another. 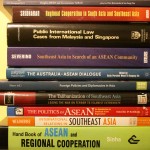 Southeast Asia is in many respects one of the most exiting regions of the world for many disciplines. Its anthropology, socio-economic constituency and indeed normative cultures, mixing religious and ethnic differences. ASEAN is its integrative tool. Ridiculed by many, it has been stigmatised as a talk-shop serving political elites. Is dialogue a  policy or political tool in SEA? Will the People of Asian be soon in a position to determine the future of their region? The utilisation of the ASEAN Charter will be crucial; the involvement of the civil society and private sectors imperative and a contining  democratic change fundamental. If…….SEA is a political force to reckon with.